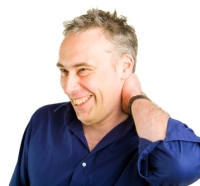 Simon Raybould started his career as a scientist researching into childhood cancer and has come a long way since then. He’s now an internationally recognized expert in presenting working with organizations to improve the way they present. He’s also an author and speaker specializing in dealing with it when things go wrong!

In this interview with Presentation Process, Simon talks about why presenters should talk less and how they can engage more.

Arte: You often recommend that presenters should talk less and engaging audiences more. Can you explain your philosophy a little more in detail?

Perhaps, more importantly though, if you’ve got to talk a lot it’s often an indication that your ideas aren’t clear enough. Basically, ideas that need lots of explanation aren’t suitable for presentations… or at least the way it’s being presented hasn’t got to the core of the concept.

Having said all that, sometimes you need to talk quite a bit, just to maintain the energy in the room or to establish a rapport with your audience.  I’ve not really got anything against speakers speaking lots if they’ve got useful content or there’s a good reason for it.  Some speakers simply talk because they’re afraid of the silence; others talk because they like the sound of their own voices!

The issues with not involving audience…

Arte: Can you share an example where a good presenter lost an opportunity because he didn’t involve the audience?

Arte: Can you tell us more about what happened…

To make matters worse, what I was told they wanted to hear about was something I love to speak about, so I committed the ultimate sin for speakers for a few minutes and got interested in me, not them.

Arte: Can you suggest 1 technique to help presenters talk less and engage more?

Simon: Engaging is really the most simple thing in the world when you’re fully engaged yourself – with your audience that is, not just your material.

The most basic of techniques to engage is to ask them questions: make the questions simple ‘yes’ or ‘no’ answers, particularly at first and do it by asking for a show of hands, not a verbal response.  That means the shy or reserved people in your audience can respond as well – they can raise their hand in front of their chests rather than over their heads!

Arte: Sometimes engaging audience causes the sessions to become unstructured. It takes experience to manage such sessions. What should a less experienced presenter do?

Simon: It’s about managing expectations.  Be very clear with yourself what you’re comfortable with and be very, very clear with the audience what the structure and format is going to be. Generally, if people know what’s expected of them they’ll co-operate.

My experience is that if things have got out of hand, nine times out of ten it’s because the audience weren’t sure of the ‘ground rules’.

Arte: So, how should a presenter set these ‘ground rules’?

Simon: Personal authority is really important. Credibility and authority will allow you to control your audience.  (Obviously you don’t want to over-do it!). The key thing, though, is for both you and the audience to know what’s expected of them and when.  If you’ve told them you’ll be giving them 10 minutes to do something, then give them ten minutes.  It’s handy to give them warnings at five minutes and two minutes as well!

How to talk less to audience that is senior…

Arte: Many presenters fear engaging an audience that is senior to them. What should they do?

Simon: Ask yourself this question: Why should they be more frightening than people who are junior?  That implies that junior people are less important: they aren’t.  Being more frightened of senior staff is a form of arrogance!  🙂    Okay, I’m overstating the case to make a point….

Before you make a presentation, ask yourself a few simple questions and the seniority of the audience won’t matter:

When you’ve done that, you’ve got your answer about how to present to them – senior, junior or whatever! Then, you can talk less and engage any type of audience.

Arte: Finally, where can people find more about you or find resources on how to talk less?

Simon: My blog at Curved Vision’s been running for a few years. People can always search on that!  If all else fails, email me and I’ll see if I can help directly.  I’m always happy to help people out on twitter (@presentations).

You can also learn more about Dr Simon Raybould here.